The Evolution of Cashew – Vishnu Delight 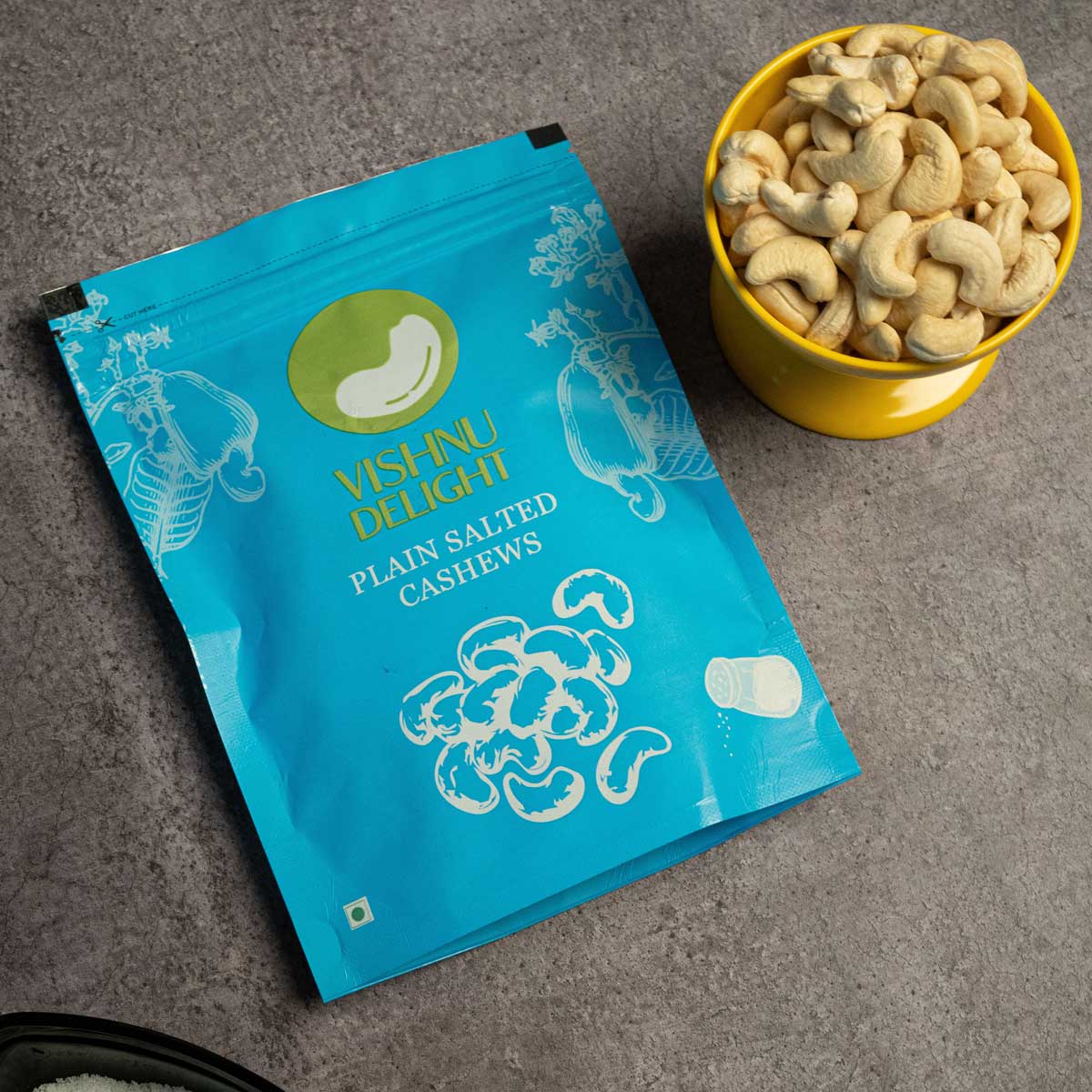 The Tupi-Indian word Acaju, which merely means “nut,” is where the word cashew originates.

They don’t grow like typical nuts; instead, they sprout like tiny tails from the base of cashew apples.

They are the only nut marketed exclusively unshelled since the outer shell irritates skin.

The seed is encased in a double shell made of an allergic-causing phenolic resin that also contains anacardic acid.

This substance has a strong irritating effect on skin.

Chemically, this resin is connected to the more well-known allergen oil urushiol, a toxin present in poison ivy and a known allergy.

Cashew nuts can cause allergies in some people.

The allergy to the fruit’s outer layer is far more prevalent.

Around 1558, the cashew was first found by Europeans in Brazil.

They were first supposed to be inedible due to the grating shells.

Over time, it was discovered that the irritating component of the fruit was its skin rather than its seeds.

The Tupi-Indians, a local native tribe, were the ones who persuaded the Europeans otherwise.

The Portuguese introduced cashews to Goa in 1560 after learning how to separate the cashew seed.

In the end, the nut flourished in the new environment and soon after, it migrated to India.

When the Indians learned that the nut had medicinal qualities, cashews shot to fame.

Southeast Asia and Africa first encountered cashews in the second part of the 16th century.

Currently, cashew seeds are an important source of food and commerce for a large number of nations and cultures.

Around 1905, the cashew’s modern history made it to the United States.

It wasn’t until the mid-1920s when the General Food Corporation began sending cashews on a regular basis to the US and Europe that they started to gain popularity.

Want to get the health benefits of cashews? Find some of the exotic options in cashews and other nuts only at Vishnu Delight to keep your family health better. Start shopping today!

Vishnu Delight is an irrevocably cherished and hugely preferred range of cashew . SVG stands for quality and the promise of delivering.